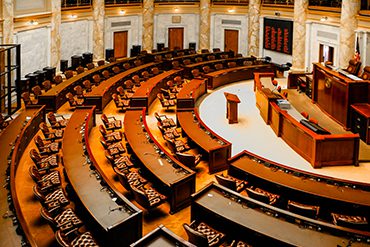 Posted at 11:26h in Weekly eBulletin by ironCore 0 Comments
0 Likes

CMS: 806,000 Clinicians NOT Required to Participate in MIPS

About two-thirds of Medicare clinicians won’t have to participate in MACRA’s Merit-based Incentive Payment System, CMS said last week. CMS planned to tell doctors via letter if they had to comply with the first-year program that consolidates meaningful use and several other Medicare quality-reporting programs. More than 800,000 clinicians – 806,879, to be precise – won’t have to comply with MIPS, compared to 418,849 who must participate. The 800,000 either see too few patients or participate in an alternative payment model. Doctors stand to see a 4 percent penalty in Medicare payments if they don’t hit MIPS thresholds this year. Click here to view the MIPS Participation Fact Sheet.  To determine your eligibility, “click here”:http://qpp.cms.gov/learn/eligibility to load in your 10-digit National Provider Identifier (NPI) number for what you are required to do this year.

A massive ransomware attack spread throughout countries in Europe and Asia on Friday, including Britain, where hospitals were forced to divert patients after malware prevented clinicians from accessing medical records. Meanwhile, officials with the Department of Health and Human Services said there was “evidence” of an attack in the U.S., as security firm Avast reported there were more than 75,000 WanaCrypt0r 2.0 (aka WCry) ransomware attacks in 99 countries. Officials worry that the attack will worsen this week. Click here for the NY Times report.  “Click here”:http://www.washingtonpost.com/business/economy/more-than-150-countries-affected-by-massive-cyberattack-europol-says/2017/05/14/5091465e-3899-11e7-9e48-c4f199710b69_story.html?hpid=hp_rhp-top-table-main_hack-800am%3Ahomepage%2Fstory&utm_term=.9d7524506803 for the latest Washington Post report.

Senate Republicans continue their efforts on an Affordable Care Act repeal and replace bill.  However, it is clear that consensus in the Senate will be difficult.  Click here and here.  All Democratic senators signed a letter to the GOP senate leadership saying they would work with Republicans on a package to fix Obamacare, as long as ‘repeal’ was not part of the deal.  Click here.  HHS Secretary Tom Price said last week he believes the Senate will vote on repeal and replace legislation by August. Click here.  Some people around the country can’t wait for the repeal of the Affordable Care Act and the NY Times talked with them in this article. And some Republicans are having a hard time explaining exactly how their House-passed repeal and replace bill works.  Click “here”:http://www.washingtonpost.com/powerpost/republicans-misstate-again-and-again-on-tv-and-at-town-halls-whats-in-their-health-care-bill/2017/05/11/80e72ab8-34dd-11e7-b4ee-434b6d506b37_story.html?utm_term=.652534bcb98a.

There are more than 400 free-standing ERs in 32 states. Free-standing ERs, stand-alone facilities where people can receive acute care any time of day, have increased in Texas in recent years as a result of a 2009 law that permitted the establishment of emergency rooms independent of hospitals. They join a host of other on-demand facilities — including hospital ERs, hospital-owned satellite ERs, “microhospitals” and urgent-care facilities — where people can receive care, especially if they have robust health insurance. But they can be very expensive. Click “here”:http://www.washingtonpost.com/business/economy/free-standing-emergency-rooms-offer-costly-convenience/2017/05/07/6255d052-2b98-11e7-b605-33413c691853_story.html?utm_term=.2148fb81da55 for the story.

The FDA user fee package voted out of the Senate Health, Education, Labor, and Pensions Committee last week includes riders on drug importation and counterfeiting, over-the-counter hearing aids, risk-based device inspections, real-world evidence and pediatric drug development, among others. S. 934, FDA Reauthorization Act of 2017, also includes new provisions directing FDA to provide real-time updates on its progress in meeting user fee goals.The committee agreed by voice vote to add  amendments, including a provision from Sens. Susan Collins and Al Franken requiring the FDA to review generic drug applications in about eight months if at least three versions of the treatment are not already on the market and a bipartisan amendment led by Sen. Orrin Hatch that would expand clinical trial criteria to allow sicker patients to participate. Click “here”:https://strategichealthcare.net/wp-content/uploads/2017/05/FDA-Managers-Amendment.pdf for the text of the manager’s amendment, “here”:http://www.alexander.senate.gov/public/_cache/files/84518115-82f2-4dd2-9b43-137df1ba13ba/fda-reauthorization-act-of-2017-one-pager.pdf for the brief summary, and “here”:http://www.alexander.senate.gov/public/_cache/files/4402b3e6-a7ee-4916-9096-a6871ca545a0/fda-reauthorization-act-of-2017-sbs.pdf for the section-by-section of the bill.

Early last week, House Energy and Commerce Committee Members sent letters to pharmaceutical distributors and the Drug Enforcement Administration amid reports of high amounts of opioids being distributed in the state of West Virginia. The lawmakers ask for an explanation of why a “single pharmacy ‘received 600 times as many oxycodone pills’ than a Rite Aid drugstore that was ‘just eight blocks away.’”  Additionally, the Congressmen ask the DEA what the agency knew about these large distributions of opioids to certain pharmacies in the state. Click “here”:http://energycommerce.house.gov/news-center/letters/letters-distributors-and-dea-regarding-alleged-pill-dumping-west-virginia to read the letters.

The Pharmaceutical Research and Manufacturers of America (PhRMA) announced last week that 22 companies are no longer members after they formally approved new criteria requiring companies to devote a portion of their resources to research and development. The list includes seven full members and 15 associate members. PhRMA’s revised membership criteria will require companies over a period of three years spend at least 10 percent of their sales revenue on research and development, and spend at least $200 million annually on R&D. To read the announcement from PhRMA, click here.

Scott Gottlieb, a former FDA and CMS official in the George W. Bush administration, was confirmed with of vote of 57-42 by the Senate early last week to lead FDA. Gottlieb told lawmakers during his confirmation hearing that his top priority as FDA Commissioner will be dealing with the opioid crisis, and while his ties to that industry were criticized by Democrats on the Senate floor prior to the vote.  Click “here”:http://www.fda.gov/AboutFDA/CentersOffices/ucm557569.htm for the biography of the new Commissioner.

To help alleviate transportation challenges for people who struggle to get to doctor’s appointments, Blue Cross Blue Shield and Lyft announced a partnership last week.  The partnership is intended to make sure that Americans in “transportation deserts” don’t miss health care appointments, the two organizations said. Select Blues companies, drawing on their own data on ZIP-code-level health care challenges, will incorporate Lyft’s ride-sharing services across the next several months. According to the two organizations, about 3.6 million Americans currently miss or delay their medical appointments because of transportation barriers. To read more on the partnership, click here.

Medicare Advantage enrollees are less likely to require expensive rehabilitative services after being discharged from the hospital than their fee-for-service counterparts, according to a study released last week. The study finds that 77 percent of MA patients were sent directly home in comparison, 63 percent of traditional Medicare enrollees went home after acute care services. The analysis also compared rehabilitation rates for 15 of the most common hospital procedures, for example patients undergoing major joint replacement – 81 percent of fee-for-service enrollees required post-acute care as compared to 54 percent for MA enrollees .Click “here”:http://avalere.com/expertise/providers/insights/medicare-advantage-patients-less-likely-to-use-post-acute-care to read the study.

An NIH study recently published in JAMA Neurology found that U.S. military service members who endured a mild concussion after blast injury while deployed in Iraq or Afghanistan may continue to experience mental health symptoms as well as decreases in quality of life for at least five years after their injury. For more from NIH, click here, and click “here”:http://jamanetwork.com/journals/jamaneurology/article-abstract/2618930 for the full study.

The Finance Committee will hold a hearing on its chronic care bill May 16th after years of work on the legislation. The bipartisan bill is intended to strengthen and improve health outcomes for Medicare beneficiaries living with chronic conditions. Provisions in the legislation address flexibility within independence at home, Medicare Advantage, and accountable care organizations programs as well as expanding options for telehealth. To read the two-page summary of the bill, click here. For the text of S. 870, click here. To review the hearing announcement, click here-.

In a letter to lawmakers last week, the National Governors Association asked Congress to fund CHIP for five years. Governors warned lawmakers that if they don’t extend funding for the Children’s Health Insurance Program soon, states will have to notify families that the program is about to be terminated and start altering provider contracts. CHIP is the most prominent of the many Medicare and Medicaid programs that end this year. The program is currently authorized through 2019, but the program’s funding expires Sept. 30th and while most states have enough money to keep the programs going beyond Oct. 1, their situations vary significantly. To read the letter, click here.

The Root Cause Coalition, a national, member-driven, nonprofit organization dedicated to addressing the root causes of health disparities by focusing on hunger and other social determinants to reverse the nationwide epidemic of preventable chronic health conditions, will hold a webinar on HIPAA compliance on May 23rd. Experts from the Center for Health Law and Policy Innovation of Harvard Law School will discuss HIPAA compliance in community partnerships in this month’s installment of The Root Cause Coalition’s 2017 Webinar Series. To register for the webinar, scheduled for May 23rd at 1pm EST, click here.

House Committee to Hold Hearing on Opportunities to Strengthen Medicare

The House Ways and Means Committee will hold a hearing this week entitled “The Current Status of the Medicare Program, Payment Systems, and Extenders” aimed at seeking opportunities to create better efficiencies and strengthen the Medicare program. Specifically, the committee will review various Medicare payment policies—including post-acute care—as well as several Medicare programs that are set to expire before the end of the year. Click “here”:http://waysandmeans.house.gov/event/chairman-tiberi-announces-medicare-hearing-current-status-medicare-program-payment-systems-extenders/ for more on the hearing and how to submit a written statement for the record.

According surveillance data released by the CDC, the number of reported new hepatitis C infections have increased by nearly 300 percent between 2010 and 2015. The agency counted 2,436 cases in 2015, up from just 850 five years earlier. The CDC points to the increase of injection drug use associated with America’s opioid epidemic as the leading cause of the spike. However, this probably understates the prevalence of hepatitis C as the CDC estimates that about 34,000 new infections actually occurred in 2015, with the vast majority going undiagnosed.  To read the report, including data on hepatitis A and B as well, click here.

Central Colorado Has Highest Life Expectancy, 20 Years Longer than Other Areas in U.S.

Life expectancy is rising overall in the United States, but in some areas, death rates are going conspicuously in the other direction. These geographical disparities are widening, according to a report published last week. Life expectancy is greatest in the high country of central Colorado, but in many pockets of the United States, life expectancy is more than 20 years lower. Click “here”:http://jamanetwork.com/journals/jamainternalmedicine/fullarticle/2626194 for the report and “here”:http://www.washingtonpost.com/news/to-your-health/wp/2017/05/08/u-s-life-expectancy-varies-by-more-than-20-years-from-county-to-county/?utm_term=.fd631de0302e for the Washington Post story.