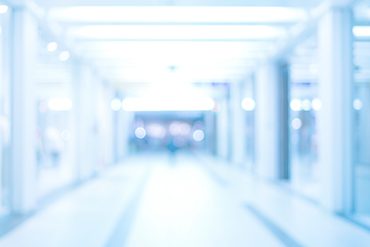 Posted at 09:57h in Weekly eBulletin by ironCore 0 Comments
0 Likes

CMS has pushed through a final rule that cuts the amount of supplemental pay that hospitals receive to account for Medicare and third-party payments when calculating how much hospitals spend on uncompensated care and how much they should receive in Medicaid Disproportionate Share Hospital payments.  CMS says the rule clarifies that uncompensated care costs for Medicaid-eligible individuals include only those that remain after accounting for other payments hospitals receive for Medicaid beneficiaries, including Medicare and other third-party payments that compensate the hospitals for care provided to such individuals. This rule could lead to recoupment of funds from hospitals that rely most on DSH payments. Click “here”:https://strategichealthcare.net/wp-content/uploads/2017/03/Medicaid-DSH-Rule.pdf for the rule.  The American Hospital Association last fall wrote to CMS urging that the rule be withdrawn.  Click “here”:http://www.aha.org/advocacy-issues/letter/2016/160914-cl-medicaid-dsh.pdf for the letter.

What’s Next for Obamacare?

It is highly unlikely that the GOP’s American Health Care Act (the repeal and replace bill that was abruptly pulled from the House floor 10 days ago) will be reconsidered any time soon, if at all, according to what top Republican Senators and House members tell our government relations team.  That doesn’t mean there won’t be any efforts to make changes to the ACA, in fact, legislation to make adjustments to the law has already been introduced and regulatory proposals are likely to be announced soon from CMS.  Click “here”:http://www.washingtonpost.com/powerpost/house-gop-has-high-hopes-but-not-high-likelihood-of-reviving-health-care-bill/2017/03/28/ba89c374-13cd-11e7-833c-503e1f6394c9_story.html?utm_term=.13e5fef6500d&wpisrc=nl_politics-pm&wpmm=1 for more.  Congressional liberals see the demise of the AHCA as an opening to push their single payor legislation.  Click “here”:http://www.washingtonpost.com/news/powerpost/wp/2017/03/29/liberals-see-fresh-opportunity-in-health-care-after-gop-meltdown/?utm_term=.a87c9cbea1c9&wpisrc=nl_politics&wpmm=1.

44 Senate Democrats are urging President Trump to overturn his January 20 executive order to overturn the Affordable Care Act and abandon all efforts to repeal the law, and in exchange they offer to work with the Administration on health care.  In the letter, the lawmakers suggest that such a step would go a long way towards a bipartisan effort to repair the law.  Click “here”:http://www.vanhollen.senate.gov/content/van-hollen-senate-dems-president-trump-abandon-aca-repeal-efforts-stop-undermining-health to read the full letter.

Insurance Market Stabilization Rule About to be Released

The final version of a proposed CMS rule that would work to stabilize the ACA exchange markets was sent to the White House Office of Management and Budget for review on Friday.  The proposed rule included many policy changes pushed by industry, including pre-enrollment verification for all people using a special enrollment period, shorten the open enrollment time-frame, allow issuers to make consumers pay old debt prior to re-enrolling in the same plan, and eliminate federal review for network adequacy.  For the announcement on the OMB regulation website, click “here”:http://www.reginfo.gov/public/do/eoDetails?rrid=127278.

New Bill Would Help People with No Exchange Options

Tennessee Sens. Lamar Alexander and Bob Corker have introduced legislation designed to help Obamacare customers who have no insurance plans to choose from on the health insurance exchanges. The Knoxville, TN area is now left without an insurer on the exchange after Humana announced would pull out of the area in 2018, about one-third of counties nationwide currently have just one insurer selling plans on the exchange. The Health Care Options Act of 2017 (S. 761) would allow individuals who live in counties where there are no health insurance options to use their subsidy to buy any plan outside of the exchanges, as long as the plan is approved by the state to sell in the individual market.  For a summary of the bill, click “here”:http://www.alexander.senate.gov/public/_cache/files/de30cd49-6d5a-4a44-b70f-6f36fa565060/affordable-health-options-act—1-pager.pdf.

Survival rates for cancer patients in the U.S. continue to improve, according to a new report from the National Cancer Institute. Pancreatic, liver, brain, lung and other cancers still have low rates of survival but prostate, melanoma and breast cancers topped 90%. Researchers report a continued decline in overall cancer death rates due to screening, prevention — including less cigarette smoking — and new treatments. Survivors can face a host of long-term physical and psychological health issues related to the disease. So a new focus is needed on quality of life. Click “here”:http://academic.oup.com/jnci/article-lookup/doi/10.1093/jnci/djx030?utm_source=newsletter&utm_medium=email&utm_campaign=newsletter_axiosam for the NCI report.

In a letter sent to the Department of Justice last week, 11 Democratic Senators advocate for the continuation of an investigation started by a previous US Attorney on whether there was a link between Price’s stock trades as a member of the House of Representatives and legislation that he was involved with.  The letter, led by Senate HELP Committee Ranking Member Sen. Patty Murray and Senate Finance Committee Ranking Member Sen. Ron Wyden, requests, “assurance that any investigation involving Secretary Price — or others connected to the Trump Administration — be allowed to continue unimpeded.”  Read the entire letter “here”:https://strategichealthcare.net/wp-content/uploads/2017/03/Murray-Wyden-Letter-on-Price.pdf.

Rep. Morgan Griffith (R-VA), a Member of the Energy and Commerce Committee, introduced the Medical Product Communications Act (H.R.1703) that would give drug and device makers more flexibility to discuss off-label information with the scientific community by exempting scientific exchange from intended use determinations.  Click here  to read the bill, and “here”:http://morgangriffith.house.gov/news/documentsingle.aspx?DocumentID=398708 for more from the bill’s sponsor.

Missouri Democrat Senator Claire McCaskill has opened an investigation into whether the over utilization of opioid drugs is a consequence of business practices of the top five manufacturers of the drugs. Sen. McCaskill sent letters to Purdue, Johnson & Johnson, Insys, Mylan and Depomed asking for information related to the sales, marketing and education strategies these companies used to promote opioid use.  For more on the investigation and to read the letters sent to the companies, click here.

HHS Secretary Tom Price appeared before the House Labor-HHS Appropriations Subcommittee last week to answer questions on the President’s proposed budget that outlines deep cuts to the HHS and other Agencies.  Trump’s budget calls for a $5.8 billion cut from NIH, about a 20 percent decrease. Rep. Tom Cole (R-OK), Subcommittee Chairman, warned that he will not accept the proposed deep cuts saying that reducing funding to the NIH and CDC would leave the nation less secure. Price was also questioned, and refused to answer, whether the administration plans to continue funding the ACA’s cost-sharing subsidies. Click “here”:http://appropriations.house.gov/calendar/eventsingle.aspx?EventID=394800 to read the prepared testimony and view the hearing.

There’s Been a Dramatic Increase in Heroin Use: Study

A study released in JAMA last week shows heroin use has risen nearly 500 percent over the past decade, with the biggest increase among white men. The study reviews national surveys from 2001-02 and 2012-13, and also found the number of people addicted to heroin tripled during that time period. The researchers say the use of prescription opioids may have contributed to the surge in heroin use.  To read the study, click here.

Psychiatric services are in a state of crisis nationwide, and stakeholders across the healthcare industry have roles to play in fixing the multifaceted problem, according to the National Council for Behavioral Health. NCBH says there is a national shortage of psychiatrists that is threatening to spiral out of control. In 77% of U.S. counties, healthcare officials are reporting a severe psychiatrist shortage, and the aging psychiatrist workforce also poses a daunting challenge. Click “here”:http://www.thenationalcouncil.org/wp-content/uploads/2017/03/Psychiatric-Shortage_National-Council-.pdf for the report.

Vaccine skeptics marched on the nation’s capitol on Friday to advance what they’re calling a “revolution for truth.” Even though there’s a robust body of evidence showing that vaccines don’t cause autism and are crucial to prevent the spread of infectious diseases, vaccine skeptics lobbied members of Congress, with one organizer estimating they held about 80 meetings. Their goal is to convince Congress to work with the president to set up a new vaccine safety commission, an idea that has sparked serious concern among public health advocates. Click “here”:http://www.statnews.com/2017/03/31/vaccine-skeptic-protest/ for more.

Birthrate for Women in 30s Is Spiking: CDC

Women in their 30s are having babies at the highest rate since the 1960s, according to the CDC. For women in their early 30s, the birthrate in 2015 was the highest it’s been since 1964, in a new CDC report. And the rate for women age 35 to 39 was the highest since 1962, when families were larger and births hit near all-time highs in the baby-boom years. Click “here”:http://www.pewtrusts.org/en/research-and-analysis/blogs/stateline/2017/03/20/childbirth-for-women-in-their-30s-at-50-year-high?utm_campaign=2017-03-27+SW&utm_medium=email&utm_source=Pew for details.

The FDA is alerting consumers to Meridian Medical Technologies’ voluntary recall of 13 lots of Mylan’s EpiPen and EpiPen Jr (epinephrine injection) Auto-Injector products used for emergency treatment of severe allergic reactions. This recall is due to the potential that these devices may contain a defective part that may result in the devices’ failure to activate.  Click “here”:http://www.fda.gov/NewsEvents/Newsroom/PressAnnouncements/ucm550170.htm?source=govdelivery&utm_medium=email&utm_source=govdelivery for the FDA announcement.

The National Institutes of Health has announced that the development of the Zika vaccine has entered the second phase of testing.  The vaccine was tested in 40 people around the Washington, D.C. area and has proven safe so far.  This second phase of testing will involve thousands of participants over two years in areas with active Zika transmission including the continental United States and Puerto Rico, Brazil, Peru, Costa Rica, Panama and Mexico.  While drug development typically requires three phases of testing, if the second phase of research shows promise and the outbreaks this year are severe, the FDA could approve the use of the vaccine on an emergency basis. Click “here”:http://www.nih.gov/news-events/news-releases/phase-2-zika-vaccine-trial-begins-us-central-south-america for more from NIH.

The stealth battle between hospitals and insurers over bills for each hospitalization, office visit, test, piece of equipment and procedure is costly for us all. 25 percent of U.S. hospital spending is related to administrative costs, according to a study by the Commonwealth Fund. That compares with 16 percent in England and 12 percent in Canada. That discrepancy comes, in part, from the prolonged negotiations over payment and the huge number of coders, billers and collectors who have to be compensated. This NYTimes report (click “here”:http://mobile.nytimes.com/2017/03/29/magazine/those-indecipherable-medical-bills-theyre-one-reason-health-care-costs-so-much.html) examines how our complex billing system adds significant costs to American health care.

Federal Deficit to Increase Rapidly Over Next 30 Years if Nothing is Done: CBO

Over the next three decades the federal deficit will rise from an estimated 2.9 percent of gross domestic product this year to 9.8 percent in 2047, posing “substantial risks for the nation,” according to a new Congressional Budget Office report.  The national debt would grow sharply, from 77 percent of GDP at present to 150 percent of GDP in 2047, under the assumption that current laws generally remain unchanged. The debt, which is now $19.8 trillion, is at its highest level since shortly after World War II due to the aging population and rising health costs. Click “here ”:http://www.cbo.gov/publication/52480to read the CBO Report.

Iowa is the best state in the country to practice medicine overall, according to a new analysis published by WalletHub—but doctors may be happier in other states depending on their priorities. Worst state: New York. WalletHub rankings are based on 14 weighted metrics in two categories: opportunity and competition, which included metrics such as earnings (adjusted for cost of living), the uninsured rate, and the number of doctors per capita; and medical environment, which included metrics such as public hospital quality, aggressiveness of state medical boards, and malpractice award payout per capita. Click“ here ”:http://wallethub.com/edu/best-and-worst-states-for-doctors/11376/#christopher-pleinfor the analysis.