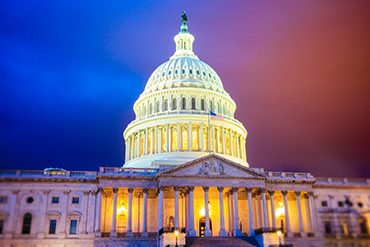 Posted at 10:45h in Weekly eBulletin by ironCore 0 Comments
0 Likes

In a stunning move Friday, the House GOP leadership pulled its American Health Care Act repeal and replace legislation from a scheduled vote because it appeared the votes to pass the legislation were not there.  GOP leaders and the President now appear to be moving on to their next initiative: tax reform.  What does this mean for health care? Simply, the Affordable Care Act continues.  Some stability returns to the health care economy.

The Washington blame-game is well underway.  The New York Times has a good story on the 33 GOP House members who likely brought down the bill.  Click here.

GOP House leaders made several final changes to the AHCA just before deciding to pull the legislation from the House floor.  The Rules Committee voted to give states the option of block grants for 10 years for Medicaid or per-capita payments. It would also give states the option to require work requirement for the program. The amendment would remove a number of taxes that were put in place by the ACA. Click here for the section-by-section summary.  The second amendment eliminated the requirement that insurers cover essential health benefits, leaving it up to the states to determine standards. It also added $15 billion to the Patient and State Stability Fund solely devoted to States for maternity coverage and newborn care, and mental health and substance use disorders. Click here for the section-by-section summary.

On March 20th, CMS released a notice in the Federal Register that it was delaying, yet again, the Cardiac Care and the changes to the Joint Replacement Models until May 20th, which would delay the start of the programs until Jan. 1, 2018. The first delay of the program came due to the 60-day regulatory freeze put in place by the Trump Administration earlier in the year.  This move is not surprising as HHS Secretary Price has made it clear during his time in Congress and his confirmation hearings that he believed CMS does not have the authority to implement mandatory bundles. Click here to view the notice in the Federal Register.

HHS has launched a new page on its website aimed at providing more information for patients on the current health care law and support a more patient-centered health care system.  According to HHS Secretary Price, HHS is “taking action to improve choices for patients, stabilize the individual and small-group insurance markets, and expand access to more affordable coverage.  This page will be the place to go for updates on our ongoing efforts.” HHS states that this is part of a broader plan to repeal and replace the ACA. To visit the page, click here.

The House of Representatives last week voted 416-7 to approve the Competitive Health Insurance Reform Act (H.R. 372) that would repeal the antitrust exemption available to health insurers for anticompetitive conduct, including price fixing, bid rigging and market allocation. Click here for details on the legislation.

FDA Delays for One Year Rule on Drug and Device Marketing

The Food and Drug Administration will delay for one year a rule with potentially wide-reaching consequences for the way drug and device manufacturers market their products or discuss their potential uses with health professionals. Groups have accused the agency in a petition of violating its own rule making procedures and questioned how the rule would change the way the FDA assesses the intended use of drugs and medical devices.  Under the rule, if a drug is approved to treat one condition, but can be used to treat others, the drug company is limited in what it can say about those uses to doctors or insurance companies. If the communication is deemed inappropriate by the FDA, it can result in penalties or charges for the company. Click here for the notice in the Federal Register, and here for the petition filed by the industry.

According to a new survey from physician recruiters Merritt Hawkins, patients wait an average of 24 days to schedule a new physician appointment in 15 of the largest cities in the nation, up from 18.5 days in 2014. Boston experiences the longest wait times of the 15 metro markets examined in the survey with an average of 52 days overall and the lengthy 109 days to see a family physician.  Average physician appointment wait times in other cities include 37 days in Philadelphia, 28 days in Portland, 28 days in Seattle, 27 days in Denver, and 24 days in Los Angeles.  To read a blog post about the survey, click here.

A new study published in JAMA, found there is a 3.7 percent higher in-hospital mortality rate for patients experiencing septic shock who were admitted to hospitals dealing with a shortage of the drug norepinephrine versus other hospitals.

According to the researchers, the 2011 nationwide shortage of the drug that is a first-line treatment for septic shock “may have been associated with hundreds of excess deaths.” The study looked at 7,835 patients with septic shock admitted to 26 hospitals and found that phenylephrine use significantly increased during 3-month periods of active norepinephrine shortage. To read the study, click here.

In an effort to promote integration of primary and behavioral health, the Substance Abuse and Mental Health Services Administration has announced awards of up to $2 million each for State health agencies to support integrated care models for primary and behavioral health. Successful applicants will select qualified community programs or community health centers to offer these services to adults with serious mental illness and/or children with a serious emotional disturbance and co-occurring physical health conditions or chronic diseases.  Applications are due May 17th. Click here for the announcement.

According to a new study by the Pew Research Center, a large majority of Americans support paid leave.  Of those surveyed:

Most in favor of paid leave said that employers, and not the federal government, should provide the benefit. Respondents also stated that small businesses had more to lose in these scenarios.  To read the Pew study, click here

To help the public with the highly contagious conjunctivitis, commonly known as pink eye, the Centers for Disease Control and Prevention has launched a web page to assist patients to determine if medical treatment is needed depending on the cause.  The page is intended to help people to know the symptoms, when to seek treatment, and how to prevent the spread of the disease.  The page includes a quiz to help disseminate knowledge. Click here  to view the page on the CDC website.

According to a new study published in JAMA, hospital patients may be less likely to die if they are treated during weeks that inspectors are checking on the staff.  Researchers found that across nearly 2,000 U.S. hospitals, Medicare patients had a slightly lower risk of dying within 30 days if they were admitted during an unannounced hospital surveys by the Joint Commission, versus other weeks.  The difference was small however, patients admitted during a non-inspection week had a 7.2 percent died within 30 days compared with 7 percent of those hospitalized during an inspection week. To read the study, click here.

Hospitals with the Highest Volumes Best for Frail Patients

Hospitals with the highest volumes of “frail” surgery patients tend to be where those patients do better overall, a recent study of Canadian suggests.  The research, published in the journal Anesthesiology, showed that frail patients have multiple medical issues, often including a history of falls, difficulty with walking, impaired vision and dementia as they age, and surgical teams need to pay greater attention to these patients.  Click here to read the study.