Posted at 16:56h in Biography by Britnee.Dorn 0 Comments
0 Likes 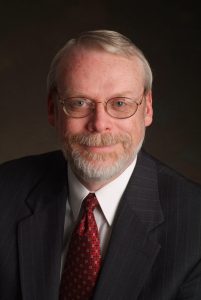 Russ Molloy, J.D., has been engaged in public policy and government relations for the past four decades with a focus on health care issues for more than 25 years. Most recently, he served as Senior Vice President of Government Relations for Hackensack Meridian Health (HMH), the state’s largest health system. In this role, he led all federal, state and local legislative strategies for the health network and was a member of the system’s leadership team.

Russ currently serves as chair of the Integrated Health Care Coalition, comprised of more than 40 of the nation’s leading integrated not-for-profit healthcare systems; and remains the long-time chair of the Academic Health Centers of the Mid-Atlantic.  He was recently appointed a Senior Policy Fellow at the Edward J. Bloustein School of Planning and Public Policy at Rutgers University. Molloy also heads a consulting firm that focuses on designing strategies to impact public policy.

A graduate of Rutgers University, Molloy obtained his law degree from Seton Hall University School of Law. He is admitted to the New Jersey Bar and the Federal District Court and has practiced extensively in the civil arena. A past chair of the New Jersey State Bar Association’s Health and Hospital Law Section, he received the section’s Distinguished Service Award in 2010. He currently serves on the Bar Association’s Legislative Committee. Mr. Molloy also received the 2010 Grassroots Champion Award from the American Hospital Association.