Posted at 13:53h in Biography by Gabriela.Islas 0 Comments
0 Likes 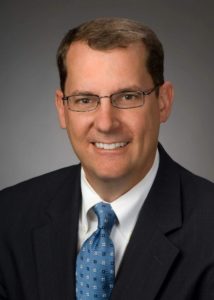 Rick Frank is a Senior Vice President at Strategic Health Care.  Rick has more than 25 years of government related experience including work in a hospital system, a statewide trade association and state government.

Prior to joining the firm, Rick served as System Director of Government Affairs at the Dayton based hospital system Premier Health.  At Premier, Rick was responsible for organizing and communicating the government relations priorities for the health system in Washington D.C., Columbus, and the Dayton Region.

Previously, Rick worked for over ten years at the Ohio Hospital Association as the Senior Director of Government Affairs.  At OHA, Rick was responsible for developing and implementing legislative strategies that protected the sustainability of Ohio hospitals. Rick represented Ohio’s hospitals before the Ohio General Assembly through meetings with legislators, coalition building, interested party discussions and legislative testimony. Rick has worked on many legislative initiatives including those that reduced regulatory burdens on hospitals and multiple biennial budgets that included complex hospital financial issues.

Rick also worked in state government for over 15 years.  His experience includes work in multiple state agencies including as Legislative Director for a statewide elected official and serving as Assistant Director at the Department of Administrative Services.  Prior to his work at DAS, Rick was the legislative liaison for the Job and Family Services where he worked on health care and workforce issues that included the creation of the Governor’s Workforce Policy Board and the implementation of the Workforce Investment Act in Ohio.  He also has experience working with the state at the Ohio in the Governor’s Office and later moved to the Ohio Department of Health as Executive Assistant to the Director. Rick started his government affairs career working as an intern for the Senate Finance Committee Chairman in the Indiana General Assembly.

Rick and his wife Lisa have three children and reside in Dublin, Ohio.  He received a bachelor’s degree in Political Science and History from Purdue University.