Posted at 13:09h in Biography by Gabriela.Islas 0 Comments
0 Likes 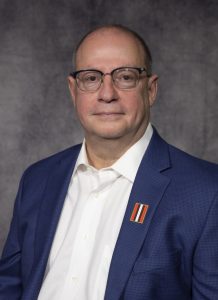 Tim has a Master’s from Ohio State University in Public Administration, and a Bachelor’s from the Franciscan University of Steubenville in Accounting.

Tim is married to Terri and has two sons.